Are psychedelics genuine ‘entheogens’? Do they give access to ‘real’ mystical experiences?

What do transpersonal psychedelic experiences tell us about the nature of reality (i.e. ontology), the limits of human experience, and the shamanic worldview vs the Western worldview? 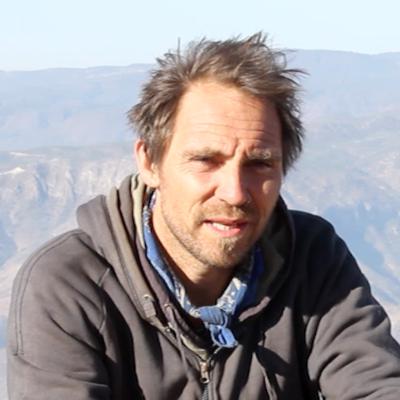 Dr David Luke is Senior Lecturer in Psychology at the University of Greenwich where he has been teaching an undergraduate course on the Psychology of Exceptional Human Experience since 2009, and he is also Honorary Senior Lecturer at the Centre for Psychedelic Research, Imperial College. His research focuses on transpersonal experiences, anomalous phenomena and altered states of consciousness, especially via psychedelics, having published more than 100 academic papers in this area, including ten books, most recently Psychedelic Mysteries of the Feminine (2019), DMT Dialogues: Encounters with the Spirit Molecule (2018), and Otherworlds: Psychedelics and Exceptional Human Experience (2017). When he is not running clinical drug trials with LSD, doing DMT field experiments or observing apparent weather control with Mexican shamans he directs the Ecology, Cosmos and Consciousness salon at the Institute of Ecotechnics, London, and is a cofounder and director of Breaking Convention: International Conference on Psychedelic Consciousness. He has given over 300 invited public lectures and conference presentations; won teaching, research and writing awards; organised numerous festivals, conferences, symposia, seminars, retreats, expeditions, pagan cabarets and pilgrimages; and has studied techniques of consciousness alteration from South America to India, from the perspective of scientists, shamans and Shivaites. He lives life on the edge, of Sussex.

Psychedelics (“mind/soul manifesting”) or entheogens (“creating the divine within”) are substances that stimulate profound qualitative changes to one’s state of consciousness. These substances, in the form of flora, fungi, and occasionally fauna, have been used by humans for millennia in their magico-spiritual practices, often termed ‘shamanic’. More recently these substances have been explored scientifically and medically for their potentially beneficial properties in the treatment of psychological and, increasingly, physical health problems, as well as in the catalysis of creative problem solving and spiritual insight, and for personal growth.

In the current era of what has been called the psychedelic research renaissance, it is becoming increasingly important to explore, study and understand the transpersonal dimension of psychedelic experiences, as these have been shown to go hand in hand with most high dose experiences and they have important implications for the treatment of psychological conditions in clinical research. Furthermore, much can be learned about the nature of consciousness and its underlying neurobiology from examining the transpersonal nature of psychedelic experiences, and this research is at the cutting edge of consciousness research.

In this course you’ll get an opportunity to:

Discuss what psychedelic experiences may reveal about he nature of reality, the shamanic worldview, and the neurobiology of consciousness and transpersonal experience.

Explore research into the potential of transpersonal psychedelic experiences in healing contexts, and suggested implications for mental health.

Consider research from a range of disciplines and methodological approaches that contribute towards understanding the transpersonal psychedelic experience.

• Engage live with the tutor through forums and webinars.

There are no formal entry requirements to join this course. Come and study purely for personal interest and enrichment … and get the same level access as our postgraduate students who will be studying alongside you!

Before each course begins you will be provided with a Course Outline which will list the reading materials, time-lines, and any activities required as part of the course. This course features 2 discussion forums, experiential activities and several live webinars.

In addition to extensive course materials you’ll receive 1-to-1 tuition in our unique collaborative learning environment.

This course runs for 10 weeks and starts in February of each year. You can study at your own pace and partake in the webinars and forums as much as you like.

If you would like to enrol, or request more information on our ‘Psychedelics and Entheogens’ course then simply complete the form below and a member of our team will contact you. We offer a unique transformational learning experience and will be here to guide you through every step of your journey with Alef Trust.