In the last Alef Trust’s “Transpersonal Community Newsletter” (October, 2019), there was a position statement made with which I want to quibble: “At Alef Trust we believe that transpersonal research methods can make a valuable contribution to illuminating social field dynamics. Transpersonal methods largely sit within the corpus of qualitative research and thus complement the prevailing reductionist research mindset which is characterised by an objective, outer-oriented, and reductionist stance.

In contrast, transpersonal methods invite an inner and participatory orientation, bringing multiple ways of knowing to the fore. Intuition, contemplative practice, creative group processes, embodied and aesthetic engagement expand the researcher’s toolbox, providing new pathways to inquiry and enabling a deeper appreciation of collective field phenomena” (n.p.). As one of Alef Trust’s directors, I found this statement problematic, as it appears to privilege one research approach, namely “qualitative” (which would include the different methods named) as being less “reductionistic” and “enabling a deeper appreciation” of certain transpersonal phenomena. In contrast, I argue that other research traditions, most specifically “quantitative,” are neither shallower nor more reductionistic. In other words, I see this statement as providing a subtle bias privileging one approach to transpersonal research, and I would like to offer an alternative view. My view is that methods are just methods, and none are per se inherently better or worse, including deeper or shallower or more complex or reductionistic — or evaluatively different in any overall-generalizable “one-size-fits-all” way.

When I work with co-researchers (such as students whose research I am supervising), I always emphasize first clarifying the question to be answered before considering which method or methods might provide the best tool or tools to answer the question. In this regard, I have long disputed any privileging of qualitative over quantitative approaches (e.g., Franco, Friedman, & Arons, 2008), and have instead argued for the advantages of methodological pluralism (e.g., Friedman, 2008). Namely, I maintain that the best way to answer most research questions, including those that are transpersonal, is to use a variety of methods in order to explore a question in a multi-perspectival way.

I also have discussed the unfortunate tendency of transpersonal researchers to often privilege using qualitative methods, as I see this as being a cultural trap that impedes such research’s effectiveness in a variety of ways (e.g., Friedman, 2002, 2015/2013). In these writings, I have criticized transpersonalists for often being “romanticist,” such as by naively embracing magical views of the world. However, for balance, I have levelled similar criticisms at mainstream researchers for being “scientistic,” such as by misapplying science in rigid fashions (e.g., Brown, Sokal, & Friedman, 2014; Friedman & Brown, 2018). I want to mention that, in my own transpersonal research (e.g., Friedman, 1983, 2018), I endeavour to use both qualitative and quantitative approaches, as well as a few other (e.g., graphical; Friedman, 2003) approaches, to creatively explore questions I find worthwhile, not restricting my methods based on privileging any – and when given the opportunity, I prefer mixed-methods to glean the advantages of convergent approaches.

Last, I want to mention a few notions about quantitative methods’ advantages. They allow for more precision, as opposed to working in natural languages (e.g., the greater precision in stating this programme has over 120 students as opposed to stating it has “many,” which could mean quite different things to different people). In addition, I think many transpersonal students are intimidated by quantitative approaches, but these can be used in very simple ways to explore important research questions (e.g., recently, I and one of my doctoral students made international headlines for a paper that used the simplest statistics possible with a main sample of one – see Bloom & Friedman, 2013).  In addition, quantitative approaches do not have to be reductionistic and, instead, can reveal complex patterns that qualitative approaches simply cannot untangle (e.g., Friedman & MacDonald, 1997). In fact, my most recent book (Marks-Tarlow, Shapiro, Wolf, & Friedman, 2019) illustrates how fractals can be used in many beneficial ways for elucidating complex transpersonal phenomena.

I hope this clarification is useful to transpersonal students, and I want to end by emphasizing that all research approaches offer their comparative advantages and disadvantages, so all need to be evaluated without the prejudice that I call “methodolatry” (i.e., worshiping a method; Friedman, 2003). I encourage students to use all the appropriate tools that are available to do good transpersonal science, and for transpersonal students to not be hesitant to use different methods in addition to qualitative approaches.

Friedman, H. (1983). The Self-Expansiveness Level Form: A conceptualization and measurement of a transpersonal construct. The Journal of Transpersonal Psychology, 15, 37-50.

On “Methods” in Transpersonal Psychology: Reply to Friedman
Les Lancaster, the Alef Trust 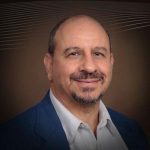 He retired as Research Professor of Psychology at University of Florida, and has published over 200 professional articles, as well as many books, including the following: Transcultural Competence (American Psychological Association, 2015), The Wiley-Blackwell Handbook of Transpersonal Psychology (2015/2013), and The Praeger Handbook of Social Justice and Psychology (3 volumes; 2014). He is Associate Editor of both The Humanistic Psychologist and the Journal of Humanistic Psychology, and retired as Senior Editor of the International Journal of Transpersonal Studies.

Harris is a Fellow of both the Association for Psychological Science and the American Psychological Association, and serves as a Director of Alef Trust. He also consults in clinical and organizational psychology, and teaches Aikido/Hapkido.