On “Methods” in Transpersonal Psychology: Reply to Friedman. Les Lancaster

As Dean of the Alef Trust I welcome discussion on the subject of research methodologies appropriate to advancing the goals of transpersonal psychology.

Indeed, we have recently inaugurated the Alef Research Community on our CLE, specifically with the goal of fostering research in our discipline, and there can be no doubting the importance of using appropriate methodologies in pursuit of answers to research questions. As Harris Friedman writes in the previous article, Avoiding Transpersonal Methodolatry and Scientism, methods are “tools” in our toolbox, and choosing the appropriate tool for a specific objective is always critical.

The question I wish to raise is whether the thrust of Friedman’ article is constructive in the context of the discussion I would like to see emerge. Before I come to that, however, I would like to stress that our pedagogic approach at the Alef Trust seeks to honour a range of methodologies. Students studying on our MSc in Consciousness, Spirituality and Transpersonal Psychology, validated by Liverpool John Moores University UK, have just commenced a module in Research Design, which includes material on quantitative methods alongside that on qualitative methods. Indeed, we supervise research dissertations on our MSc programme that utilise both methods.

But simply defending the balance that we inject into our programmes is not my primary objective in responding to Friedman. The question at issue concerns the deeper meaning of methodology in the context of research that purports to uncover detail of human spiritual aspirations. At a time when a wide range of disciplines pursue research relating to spirituality and to practices drawn from spiritual traditions, the further ramification of this question concerns what is distinctive in the approach transpersonal psychology adopts.

The quote from the earlier newsletter article on which Friedman hangs his “quibble” asserts that “Transpersonal methods largely sit within the corpus of qualitative research …. transpersonal methods invite an inner and participatory orientation, bringing multiple ways of knowing to the fore”. Now, there are essentially two issues here, neither of which Friedman effectively unpacks. The first issue concerns that critical word “largely”, which is – of course – a qualitative word, but one that could drive a quantitative measure. Exactly which measure may be appropriate to this challenge is worthy of further discussion: Should we measure the proportion of research dissertations employing qualitative methods from the set emerging from educational institutions that promote transpersonal psychology? Should we assess the proportion of articles reporting empirical research using qualitative methods which have been published in journals devoted to transpersonal inquiry? Should we in some way measure the influence of research using the different methodological classes? It may be that these kinds of questions would reveal different statistical data, in turn leading to further insight into the meaning of differing methodological choices. My point here is simple: Friedman has read a message into the quoted extract that reflects his own predilections without explicating the broader meaning.

I said there were two issues, so I come now to the second, and – to my mind – the more important. Whatever that “largely” may translate into quantitatively, I suspect that it is the emphasis later in the quote (“transpersonal methods invite an inner and participatory orientation”) that raises more poignant issues. As I have argued elsewhere (Lancaster, 2004), the term “method” has at least two connotations for transpersonal psychology. The first refers to a tried-and-tested set of procedures designed to enable researchers to gather empirical data about the research questions of interest. The second connotation concerns those paths to transformation, recognition of which marks transpersonal psychology out as a distinctive approach in psychology; meditative, contemplative, or ecstatic methods, for example. What is crucial to the future of transpersonal psychology, I would argue, is not whether our emphasis is on quantitative or qualitative methods but the balance and integration we can effect between these two connotations of the term. The future of transpersonal psychology as a distinctive sub-discipline depends critically on both how we promote a psychologically-informed approach to individual and cultural transformation and the ways in which we adopt rigorous procedures for measurement (by which term I include both quantitative and qualitative measures).

My argument here is in agreement with the approach of Anderson and Braud (2011). Indeed the very title of their book, Transforming self and others through research, expresses the central point—that transformation is not only the central topic of interest to transpersonal psychologists (Hartelius, Caplan, and Rardin, 2007), but is also a feature of the very process of doing research. Choices we make about the focus of our research, the methodology, and ways of disseminating results all reflect key features in our personalities, and the most fundamental choice of all is about whether or not we face these features. In Romanyshyn’s words, we are wounded researchers, and it is by shining a light on those wounds that soulful research is accomplished (Romanyshsyn, 2013).

A concomitant of introducing soul into the process of doing research is that the research will inevitably bear a moral dimension. As transpersonal psychologists we cannot hide behind a screen of detachment. As much as we shape our research, our research shapes us; and, beyond the narcissistic bubble, our interests coalesce with those of more traditional wisdom schools in seeking to inculcate a higher moral sense in our culture. I tread here on slippery ground, and should emphasise that I am not meaning to extol an outmoded code of commands that intrude on personal choices in areas such as sexual orientation or tribal affiliation. Rather, the higher moral sense concerns that which is conducive to the wellbeing of individuals, collectives and our planet. The higher moral sense fosters skills of discerning latent, or unconscious, patterns that can indicate where real transformation is needed. I contend that it is these concerns that will propel transpersonal psychology forwards in the 21st century, and that they should become an intrinsic component of doing research.

Anderson, R., & Braud, W. (2011). Transforming self and others through research: Transpersonal research methods and skills for the human sciences and humanities. SUNY Press.

Lancaster, B. L. (2004). Approaches to consciousness: The marriage of science and mysticism. Palgrave-Macmillan. 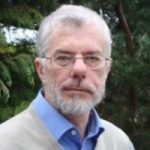 In addition to numerous articles and chapters in colleagues’ books, Les’ published works include Mind Brain and Human Potential, winner of a Scientific and Medical Network Best Book Award, The Essence of Kabbalah, and Approaches to Consciousness: The Marriage of Science and Mysticism.